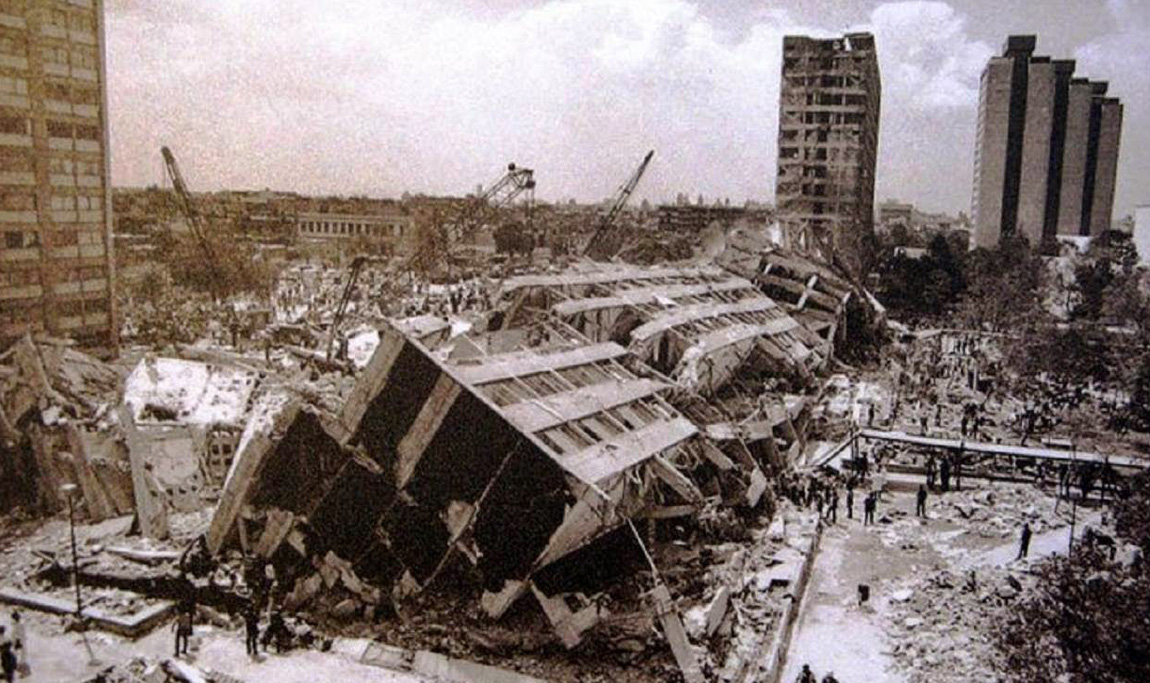 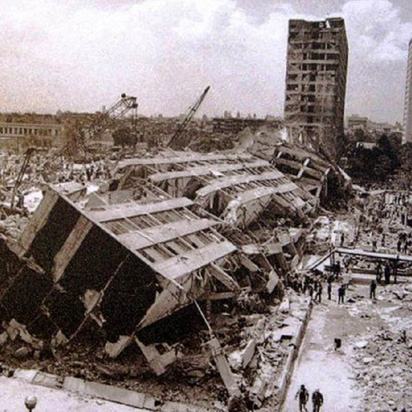 On September 19, 1985, marked the beginning of a new era for Mexico City. At 7:19 A.M. clocks stopped as a result of a major earthquake 8.1 Richter scale, which surprised the capital. Some were starting labours, others were preparing to get up and many, fortunately for them, were still asleep and didn’t have time to realize what was happening around.

It took less than 2 minutes for the earthquake to left a city in ruins without anyone imagine the catastrophe that resulted in its path. The awakening was so painful for many Mexicans who will never forget that day, the dreadful silence, the smell of death, the blank stares and ambulance sirens in their crazy rush, confusing the people of this great metropolis, which all of a sudden was devastated.

Nobody could believe their eyes!

The number of victims was countless, it was never possible to define an actual figure.

As a result of the earthquake that devastated Mexico City on 19 September 1985, it was formed a group of volunteers who worked jointly in the search operations and rescue of victims, which people started naming "TOPOS". In February 1986 it was legally constituted as the Rescue Brigade Topos Tlatelolco A.C.

In 2015, marked 30 years since the tragedy and the formation of a volunteer group that has decided that the best teaching this sad event left us, is prevention and the promoting of a real culture in terms of civil protection.

In Mexico City we will have no more than 200 constituents prepared, and is needed to be prepared forming neighborhood emergency committees, so that everyone has a family plan, that each person worry about their safety and has a well organized participation.